We love to hear from Morning Read and si.com readers. Let us know what you think about anything in the world of golf or anything we write at [email protected]

When in Wisconsin, skip Erin Hills but not Sand Valley

Read your recent article about courses in Wisconsin. Nice article and nice to see The Bog mentioned.

I’ve played almost all of these courses for a long time. How did you miss mentioning Lawsonia Links course and Sand Valley? Sure, Erin Hills held the U.S. Open, but it’s way over-priced, too many blind shots, nowhere near as enjoyable as many other courses. The Links course at Lawsonia is always rated as one of the best in the state. A glaring omission IMHO.

Again, nice article but missing a few of the best courses you can play in the Badger State. To that end you ought to mention University Ridge and Sentry World as well, two great tracks.

I don’t even live in Wisconsin anymore.

The PGA Tour should give some money to charity

I read Dan O’Neill’s column about the Tour Championship with great interest. His theme is right on the money.

The PGA should alter the FedEx Cup.

Granted there is a need to extend the golf season to continue generating interest in the Tour. The prize money is obscene. If it were awarded to charities that helped both the game of golf and the community, that would off-set the absurdity and exhibit the generosity of the tour.

The Tour Championship was a glorified member-guest

Am I the only one who thinks the rules, which change from year to year, remain goofy? It feels like Mr. [Patrick] Cantlay just won the UCLA Golf Club’s Member-Guest. That if only Bryson [DeChambeau] had purchased a few mulligans during the tournament breakfast, it might have been money well-spent…

All that seems to be missing is a chip-off from 50 yards if players remain tied at the end.

Lots of smoke, but little heat.

One easy way to make the FedEx Cup better

Simply add the scores of the players for the last four tournaments together as they relate to par. Make every tournament play as important as last one. This way you do away with giving strokes and unfair advantage that you are giving some players. You don’t give a football team 10 extra points in the fourth quarter because they were ahead after the third quarter. These are the best players in the world. They need to be on an equal playing field.

The playoffs will never be as good as the majors

To state the obvious, hardly any golf fan really cares about the Fed Ex playoffs as long as they end with just another same-old 72-hole format convoluted with mind-boggling math. Again so obvious — in other sports the playoffs are it, the words Super Bowl, World Series, Stanley Cup Finals, NCAA Final Four are magic to sports fans. In golf, the playoffs should never eclipse interest in the four majors. Accept that. By September, even avid golf fans are kinda tired of week-after-week golf, ready for football. Conclusion: Make the Fed Ex playoffs different.

The last word on the USA Ryder Cup uniforms

The USA Ryder Cup team outfits are the most boring uniforms since…two years ago?

Dump these people for someone who can design something more modern! So pathetic that modern computer graphic designs are not utilized. I am sure that Ralph’s $ to the PGA is calling the shots. So sad!

Sun Sep 12 , 2021
One of the features Apple announced during the WWDC21 keynote with iCloud+ was the ability to customize email domains. After two months, you can now do that on iCloud’s beta site. As spotted by Applesfera, iCloud subscribers just have to enter beta.icloud.com to create a custom domain. Head below for […] 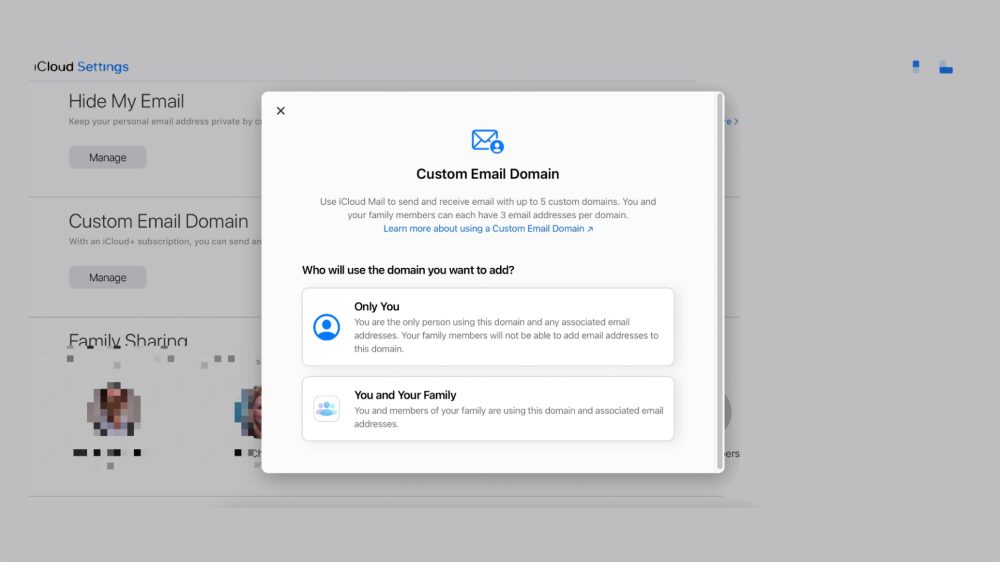