I’ve been running websites on DreamHost for over 15 years, using a variety of their plans. They haven’t stood still like the internet, now offering a competitive range of products and services for individuals, small businesses, and enterprises.

But this isn’t just a review of DreamHost. It’s a meta-review of the spurious precision of host ranking. Because when you check out different eval sites, the numbers are all over the place.

So I’ll review DreamHost, covering feeds and speeds, and at the end, I’ll give my take on who should give DreamHost serious consideration.

Hosting companies don’t make it easy to compare plans. There are many variables in their offerings. How many websites? Storage? Email addresses? SSL certificates? One-click installs? Malware scanning and removal?

Then there is how much the annual price jumps after the initial teaser rate ends, which can require some math. DreamHost’s Shared Unlimited teaser rate starts at $2.95 per month billed annually but then jumps to $10 per month — and malware removal is another $3 per month.

On the other hand, the Shared Unlimited plan is exactly that. Unlimited websites, traffic, bandwidth, storage, and email accounts. Plus automated backups, free WHOIS masking, and a number of one-click software installers, including WordPress, and support for installing or mapping to other popular services such as WooCommerce, Shopify, or Zen Cart for e-commerce, phpBB forums, or the Moodle learning platform. And there are no startup fees.

Other features of Shared Unlimited include:

But DreamHost doesn’t try to be all things to all people. They have strengths and what might be weaknesses for you. Here are a couple of things that might be deal killers.

First, they’re a Linux shop and don’t offer Windows servers. If you require Windows for some specific software, look elsewhere. But a plus for Mac users is that the support staff is usually conversant with the Unix underpinnings of macOS as well as Linux.

Also, they don’t offer telephone support. That’s not a negative for me because getting a problem solved takes just as long on the phone as it does in a chat. I prefer DreamHost’s 18.5 hours a day of free online chat support. But you may want that extra level of soothing handholding that a voice can offer and are willing to pay for it.

Some people like to pore over spec sheets and test results, looking for the optimal solution. That’s not me.

I prefer “satisficing” — good enough is good enough — most parameters and focusing on the two or three that matter most to me. For example, in a mobile computer, weight is critical, but I don’t care much about thinness or sound quality. If it fits in a messenger bag and I can hear a video clip, I’m good.

With my perspective in mind, here are the key buying criteria for a hosting service.

First, don’t buy hosting on price. Companies mostly buy the same servers and storage, rent the same colocation space, and tap into the same networks. They don’t have big cost differentials. AWS, for instance, uses its massive scale to juice margins and fund R&D rather than passing big savings on to small customers.

What you are actually buying from a hosting company is a utility service. Issues such as uptime, response times, ease of management, and support are the most important factors.

But, as we’ll see, it’s not easy to get reliable numbers for any of those parameters.

Most downtime will be scheduled for system maintenance and planned for off-hours, such as 0200 Sunday morning. Then there is episodic or semi-planned downtime, usually for critical security updates to system software. A botnet exploits a new bug, a patch to fix it is issued, and your hosting company needs to install it before everything is pooched.

Then there are the accidental, unplanned outages that you read about that have affected every major service provider, including Apple, AWS, Google, Microsoft, and Facebook. A maintenance update goes awry, or a tech misconfigures a router, and things go south, usually for hours.

The truth is that uptime has a pronounced stochastic element. Chance, or luck, if you will.

Measuring uptime can vary wildly depending on the time period — hour, week, month, year. If you pick a host based on a monthly uptime ranking, be aware that another one is likely to be best next month.

That difference is nothing. But if smart folks who are sincerely trying to measure uptime are so far apart, how much should we rely on published stats?

Which takes me back to satisficing. I’m willing to bet that any hosting company that has been in business for 10 or more years — DreamHost is 25 this year — probably has decent uptime.

Some hosts achieve 100% uptime for limited periods. But when even multi-billion dollar firms staffed with PhDs have outages lasting hours, well, what can you conclude other than downtime is variable. If a host is consistently poor, avoid them. But don’t compare the latest numbers thinking they’re carved in stone. As financial firms say, “past performance is no guarantee of future performance.”

Often referred to as response time, this is another number that looms large in hosting reviews. I’m a big fan of low latency in storage and critical of cloud-based storage due to internet latency.

But choosing a hosting company based on published latency? I don’t think so.

Why? The same reasoning as in uptime numbers: they’re all over the map. Hrank sees their 2020 latency as averaging 436 milliseconds, which is good. WebsiteSetup sees, for the same year, 1,161 milliseconds, an almost 3x difference.

So, again, which is it? Who knows?

Many hosting companies use cPanel, a product from cPanel LLC that is something of a de facto industry standard. Its biggest advantage for hosting companies is that it is inexpensive: 17.5¢ per account in bulk.

But DreamHost uses its own panel. Looking at both of them, there’s not a lot of difference beyond the layout. This is not a surprise, given that they both perform similar tasks.

The big difference is that DreamHost aggregates all the functions in the upper left corner. Each topic is a drop-down menu. Choose Manage Websites under Websites, and you get a list of your websites with their main features and another Manage button. That takes you the details of that website with, where appropriate, more management options.

The cPanel, offering more choices on the main screen, seems to be flatter, but the demo mode doesn’t let you see how far you might have to drill down. The DreamHost panel seems to require one or two more clicks to drill down into the specifics of a domain or an email account.

Unless you are a cPanel wizard, the differences between the two user interfaces aren’t likely to sway you in either direction.

Accounts come with 18.5 hours a day — 3:00AM – 9:30PM PT — chat support, and 24/7 email support. I’ve found their support to be generally good. Sometimes they are a bit quick to shuffle you off to a knowledge base article that covers your problem — RTFM! In quieter periods, I’ve found the techs happy to go above and beyond by quickly fixing issues that a user could handle themselves. Wait times, in my experience, generally range from 3-10 minutes, depending on the time of day.

Being a Linux shop, they are knowledgeable in Linux/Unix and associated free and open-source software. And they are really good on WordPress and the usual plug-ins.

Who is DreamHost for?

How can you tell if DreamHost is for you? Here are some key factors to consider.

You are a WordPress user. WordPress.org has recommended DreamHost for hosting since at least 2005. If WordPress is your jam, that’s about all you need to know.

If you are a professional web developer designing and maintaining multiple sites, you will find a lot to like on DreamHost. If you resell hosting, DreamHost could be a good fit. If site traffic warrants it, upgrading to a VPS or dedicated server takes minutes. Adding DreamHost management services can lighten your load and give you professional site reports that remind clients just how valuable you are.

Who isn’t DreamHost for?

If the sight of HTML code gives you the creeps, you probably want a simpler web builder service such as Wix or Network Solutions to build your website. DreamHost offers a website builder based on WordPress, but it isn’t as simple. I find the website builders require a lot more pointing and clicking than I like, but if you need something quick and easy, they may work for you.

If you are thoroughly immersed in the Windows world, DreamHost may not be a good fit. And if you don’t care about WordPress, then you’ll be ignoring one of DreamHost’s core competencies.

The hosting market is fairly mature, which means most vendors have similar cost structures due to running on commodity hardware. The statistics on uptime and latency aren’t particularly reliable, so I would use the online report cards to eliminate the worst companies rather than rely on them to choose “the best”.

Choosing a hosting company is worth investing time in because moving to a busy site is non-trivial. Keep in mind that a lot of the effort in starting a site is something you only do once, which makes it worthwhile to consider hiring experienced help. But once the site is up, you should be able to handle most of the management and updates yourself, unless it’s a big site.

With no HTML experience, I started a blogging site 15 years ago on DreamHost. It worked out well, and I’m a satisfied customer to this day.

Thu Aug 19 , 2021
Welcome to Thomas Insights — every day, we publish the latest news and analysis to keep our readers up to date on what’s happening in industry. Sign up here to get the day’s top stories delivered straight to your inbox. To reduce complications and improve surgical outcomes, a U.S. optical […] 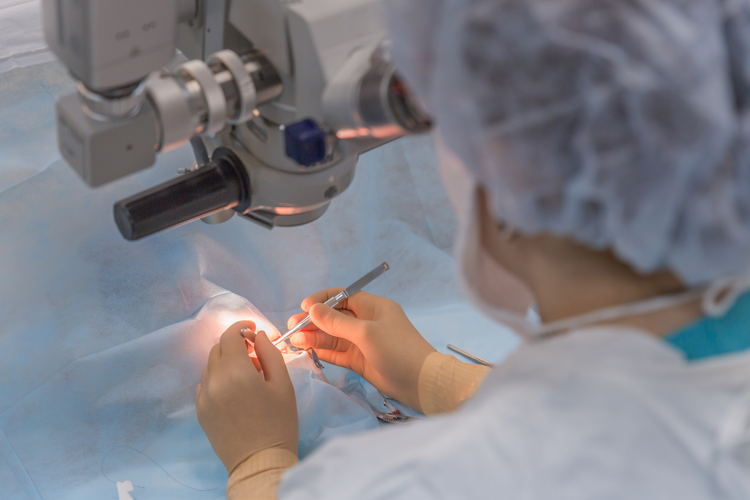