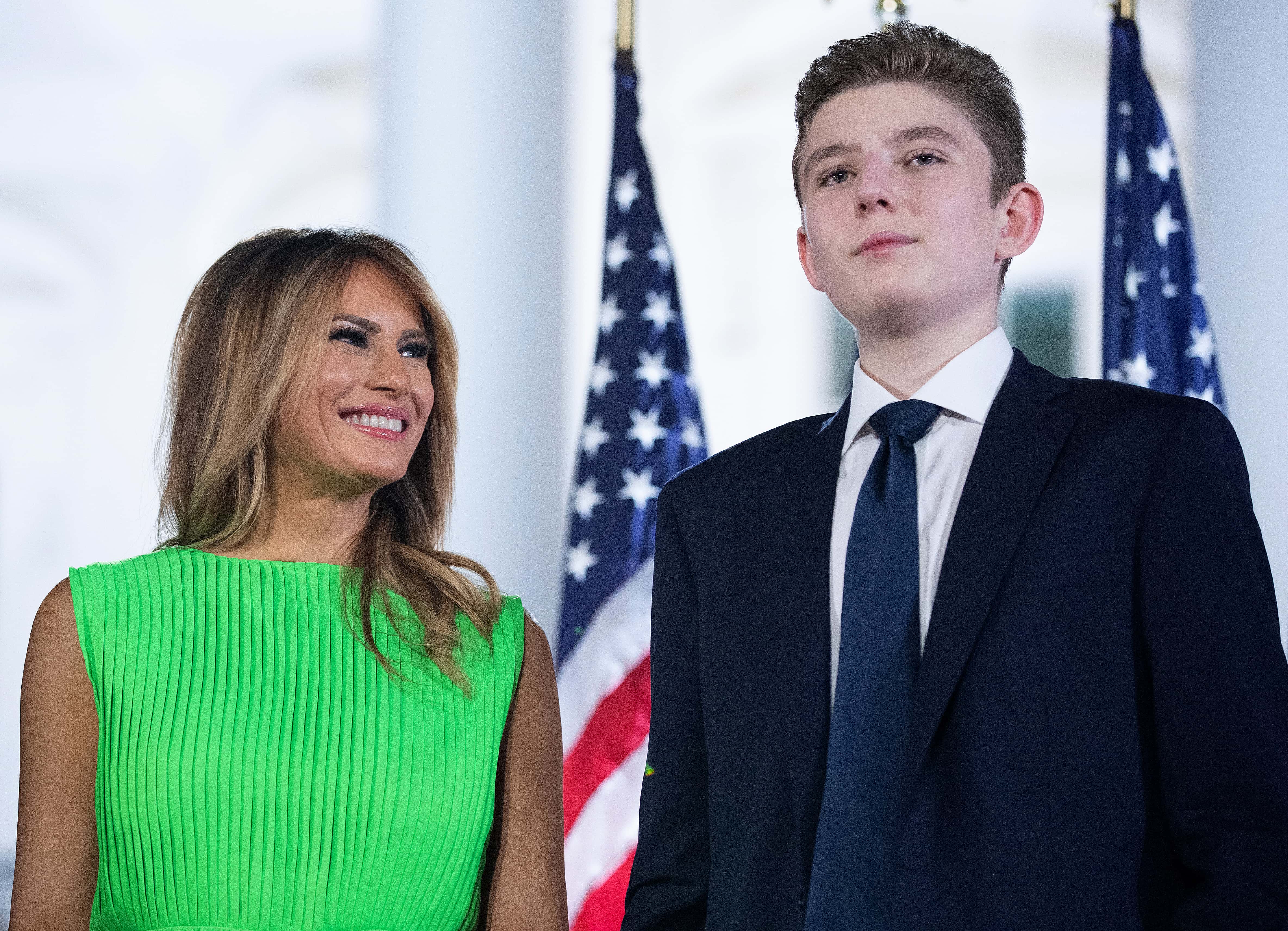 Barron Trump has enrolled in a $34,800-per-year private school just 15 minutes from his father’s Mar-a-Lago resort, news outlets reported on Monday, August 23. Late last week, the Oxbridge Academy in Palm Beach, Florida revealed that the former president’s 15-year-old son would be attending the private school for the next 2021-2022 school year.

MEAWW reported in July last about Donald Trump’s teenaged son. Barron Trump towered over his mother, Melania Trump, as the duo was seen making their way out of Trump Tower in New York City on Wednesday, June 7. While Trump and his former model wife boarded the plane from the White House for the last time in January this year, people were quick to notice that their only son was nowhere to be seen in the videos directly telecasted from the official residence of the American president.

How much is Barron Trump worth? 14-year-old’s bank account will blow your mind

Barron Trump is a loving and protective uncle, here’s why his 10 nieces and nephews absolutely adore him

Barron, who was only 10 years old when his father took office, was kept in the privacy of Trump and his wife Melania. Even now that the Trumps have returned to their Mar-a-Lago resort home as private citizens, they have worked hard to keep their teenaged son out of the spotlight. However, according to The Washington Post, Barron will start his sophomore year at the Oxbridge Academy in West Palm Beach on August 23. He earlier attended St Andrew’s Episcopal School, a private academy in Potomac, Maryland during his father’s tenure at the Oval Office.

Oxbridge Academy is a newcomer to the world of prep schools, The List reports. According to its website, the school opened in 2011 and educates students in grades 7 through 12. The modest 500-student school, which is situated on a 54-acre campus, aims to educate “young adults into learners, thinkers, and problem solvers” who are “prepared to meet the world boldly with initiative and kindness.”

Oxbridge Academy, which was founded by William I Koch in 2011, boasts of a decade worth of educational excellence. Bill Koch, 81, is a member of the influential Koch family and a millionaire billionaire businessman, sailor, and collector. According to a report by Politico, Koch’s school seems to have connections with Donald Trump. While Charles and the late David Koch were harsh critics of Trump during his presidency, Bill Koch stayed by him, hosting a large fundraiser event for his reelection campaign in 2020. The other brothers, on the other hand, remain adamant conservatives who are working together to defeat a planned expansion of voter rights that would ban so-called “dark money” political donations from billionaires like themselves, The New Yorker reported.

As much as 77 percent of Oxbridge Academy’s faculty hold advanced degrees and 40 percent of its approximately 500 students receive financial aid. The curriculum has over 170 courses and has more than 40 student-led and student-created clubs from animation to politics. The school is also staffed by three full-time health experts.

Barron will be needed to study a regular course load of English, math, science, and social studies at Oxbridge, with a language requirement of Spanish, French, Chinese, or American Sign Language, The List reported. Barron has a variety of programs to choose from after school, ranging from the intellectual (National Honor Society, Model United Nations) to the just enjoyable (Ukulele and Guitar Club, Rock Paper Scissors League).

According to The Washington Post, Barron Trump will be accompanied to school by a small squad of Secret Service agents. This is the first time Oxbridge has had to deal with a problem like this. We are working directly with the Secret Service to ensure that logistics and security work smoothly and discreetly with little impact on students, faculty, staff, or day-to-day operations.” A spokesperson also told the news outlet that only a few parents have commented on the famous new student, though “most of [the feedback was] positive,” the school’s head said in a statement.

The tuition for the 2021-22 academic year is $34,800, plus a $2,000 yearly fee. Barron and other new students must pay a one-time enrollment fee of $1,250. Another cost: the Apple laptop that all students must have, which might be a basic model or a higher-end model for students in advanced technology or graphic design classes.

scroll to top
We use cookies on our website to give you the most relevant experience by remembering your preferences and repeat visits. By clicking “Accept”, you consent to the use of ALL the cookies.
Cookie settingsACCEPT
Manage consent

This website uses cookies to improve your experience while you navigate through the website. Out of these, the cookies that are categorized as necessary are stored on your browser as they are essential for the working of basic functionalities of the website. We also use third-party cookies that help us analyze and understand how you use this website. These cookies will be stored in your browser only with your consent. You also have the option to opt-out of these cookies. But opting out of some of these cookies may affect your browsing experience.
Necessary Always Enabled
Necessary cookies are absolutely essential for the website to function properly. These cookies ensure basic functionalities and security features of the website, anonymously.
Functional
Functional cookies help to perform certain functionalities like sharing the content of the website on social media platforms, collect feedbacks, and other third-party features.
Performance
Performance cookies are used to understand and analyze the key performance indexes of the website which helps in delivering a better user experience for the visitors.
Analytics
Analytical cookies are used to understand how visitors interact with the website. These cookies help provide information on metrics the number of visitors, bounce rate, traffic source, etc.
Advertisement
Advertisement cookies are used to provide visitors with relevant ads and marketing campaigns. These cookies track visitors across websites and collect information to provide customized ads.
Others
Other uncategorized cookies are those that are being analyzed and have not been classified into a category as yet.
SAVE & ACCEPT