A website designed to report tips on Texans trying to obtain abortions is up and running again, now hosted by a company that also powers neo-Nazi sites.

Salon’s Brett Bachman reported the news based on public domain registration data and information in ArsTechnica.

The tip website, which some critics are calling a “snitch hotline,” was created by pro-life group Texas Right to Life following the passage of the Texas Heartbeat Bill last week, which bans most abortions in the state at six weeks after conception. It also incentivizes private citizens to report people who could be enabling abortions, like doctors and ride-share drivers, and allows them to sue those people.

GoDaddy, the well-known domain provider initially hosting the website, said Thursday that Texas Right to Life violated multiple provisions, including one that bars sites that “collect or harvest… non-public or personally identifiable information” without written consent from the subject, according to Salon.

Following the GoDaddy ban, Kimberlyn Schwartz, Texas Right to Life’s spokesperson, said that “we will not be silenced. If anti-Lifers want to take our website down, we’ll put it back up.”

“No one can keep us from telling the truth,” Schwartz wrote in a blog post. “No one can stop us from saving lives. We are not afraid of the mob,” she said.

The site was then picked up by Epik, which is known for hosting information deemed too toxic by to be hosted by other websites, including neo-Nazi propaganda.

But at least for now, even Epik is putting some limitations on the whistleblowing site: the company late Saturday told the Daily Beast it had received complaints about the website and has since disabled its anonymous tip submission form.

Tue Sep 14 , 2021
Kit Colbert CTO VMware Kit Colbert, who has been with VMware since 2003, has been named the Palo Alto, California-based technology company’s next chief technology officer, VMWare announced on Wednesday.  In his new role, Colbert’s expertise will inform VMware’s technical future, and the new CTO will helm the company’s transformation […] 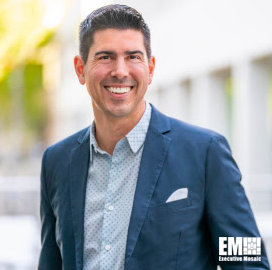