LA-based DreamHost has been offering web hosting for 25 years and serves over 1.5 million websites. It offers quite a gamut of web hosting services, from inexpensive shared hosting to high-end dedicated servers.

DreamHost’s pricing is highly competitive. Performance is good, too, and plans are straightforward to understand and packed with value-adding features. Above all, DreamHost has a focus on privacy and security not often seen in most bigger web hosts.

In our DreamHost review, we look closer at the web hosting provider’s features, performance, and pricing, so you can decide whether it’s the best web hosting service for your needs.

Read on for the full review.

DreamHost includes many features in its set plans that you need to pay extra for if you choose a budget web host instead. Taking its cheapest Shared Starter plan as an example, you get unlimited traffic, unmetered bandwidth, unlimited databases, a free SSL certificate, SSH access, and a WP Website Builder tool for creating a WordPress site.

You get automated daily backups, and there’s a one-click installer for a variety of pre-assembled apps. Even with this plan, your site is hosted on fast SSD drives. The only notable item missing from the Shared Starter plan is email, which will cost you $1.67 a month. Or, you can upgrade to the Shared Unlimited plan, where unlimited email is included.

Though DreamHost has a one-click installer for popular web apps, the list of available apps is shorter than most competitors. As it stands, there are 25 apps you can install, including big hitters like Joomla, Shopify, Squarespace, and Weebly.

We tested DreamHost’s security by looking at what security features are available on all accounts, and researching how well its security has performed in the past. DreamHost appears to consider security and privacy part of the basic specification of any web hosting service, and includes features that competitors often charge a premium for.

Every site gets its own Let’s Encrypt SSL/TLS certificate, so all data transferred between your website and your visitors is encrypted. Your login details can be protected with multi-factor authentication from Google Authenticator or Yubikey. DreamHost also uses ModSecurity on its Apache servers, which is essentially a tried-and-tested firewall that can help block denial-of-service attacks.

For an additional $3 a month, you can add DreamShield, a malware-scanning tool that checks your website weekly for rogue software and automatically removes it.

This section must come with a caveat that a security researcher found DreamHost recently left some client data exposed because of a server misconfiguration. However, the company responded quickly and rectified the mistake immediately. It says that only 21 websites were affected, and none of the data exposed included personally identifiable data or user passwords.

DreamPress is one of the best managed WordPress options we’ve reviewed. Your WordPress website is pre-installed on a high-performance cloud with fast SSD storage. Bandwidth is unmetered, and your WordPress installation gets multiple performance boosts like built-in caching, unlimited CDN, and Jetpack.

Recently added to DreamPress is one-click staging, so you can safely test tweaks to your website on a draft version before putting them live. You now also get free automated WordPress migrations, making it easy to move your site to DreamPress.

Besides this, there’s dedicated 24/7 ticket support from WordPress specialists, with phone support available. DreamPress deserves attention for offering all these features without the massive bump in pricing that’s often seen from managed WordPress solutions.

When evaluating the privacy features offered by Dreamhost, we were impressed that it includes domain privacy as standard. This means people can’t find out your name, address, and contact details simply by searching for your domain name. It’s something many hosts charge a small fee for, and we appreciate that DreamHost doesn’t.

DreamHost also scores big points for users concerned with privacy because it has stood up for its users’ privacy in the past. Most newsworthy was DreamHost’s 2017 refusal to hand over the personally identifiable data of visitors to a political protest website.

The Department of Justice took the case to the Washington D.C. Superior Court, but DreamHost fought for its users so that only a highly redacted list had to be handed over.

DreamHost has continued to make improvements to its control panel. In 2020, the central hub of the user interface got a complete overhaul that made it easier to add new features. It became easier to change your domain, and free WordPress migrations were added. The DreamHost website also became available in Spanish for the first time.

In February 2021, it added a DNS Propagation Checker that shows you, in real-time on a world map, the status of any new domain name you purchase. This gives you a better idea of how long it takes for a new domain to go live across the whole internet.

DreamHost offers monthly, one-year, and three-year plans. On shared plans, the discount for paying for three years at once is a massive 63%, but on other types of plans, the discount is modest. It’s great to see a web host with a no-commitment, no-contract monthly plan.

Like most web hosts, DreamHost offers a low introductory rate for your first term to draw you in, starting at the equivalent of $2.95 a month. After the initial term, the rate increases. But DreamHost’s standard rates are generally cheaper than the competition, so it makes for a good choice if you’re in it for the long haul.

DreamHost also offers a massive 97-day money-back guarantee, making it the leader in the industry in this regard.

In order to comprehensively compare DreamHost to the competition, we analyzed  its server response times.

How does DreamHost perform?

To test DreamHost’s performance, we ran a basic WordPress website for 14 days, and constantly checked uptime over this period using Uptime.com. In total, we accessed the website over 4,000 times, and each time, the site was available. This is generally to be expected with a test over such a short period, but it’s promising nevertheless.

DreamHost also goes further than most hosts by offering a 100% uptime guarantee. This is streets ahead of the usual 99.9%. If any of your services (website, email, etc.) go down because of a DreamHost system failure, you’ll be compensated one day of hosting for every hour your service is unavailable.

We tested DreamHost’s response speed by loading a basic WordPress website hosted on DreamHost every five minutes for two weeks, from computers situated in Dallas, Los Angeles, and New York.

Website hosts typically respond within 200 to 400 milliseconds. DreamHost did OK here, too, averaging 374 milliseconds throughout our tests. Once every few days we experienced highs of up to 1.96s, but these slower response times never lasted more than five minutes.

Note, too, that these performance results are a baseline, as DreamHost offers many more expensive packages. We’d expect to see even better performance when using its cloud, VPS, and dedicated servers.

DreamHost’s list of shared hosting, VPS hosting, dedicated servers, and cloud hosting is similar in scope to top competitors Bluehost and HostGator. In our testing, Bluehost sites were marginally faster than DreamHost’s sites, and HostGator’s customer support was better.

But DreamHost’s introductory prices are very competitive, and things get even better when you consider its modest standard pricing. Its introductory offer isn’t the bait-and-switch you get with most providers, and its standard rates are much better than those of Bluehost and HostGator. This means DreamHost should be significantly cheaper in the long run.

If you want to learn more about these two competitor web hosts, read our Bluehost review and our HostGator review to find out what we made of them.

*No monthly plan; price based on annual plan

DreamHost is a fine web hosting provider, particularly if you’re looking for a relatively simple web host that gives you everything you need without throwing in expensive bells and whistles.

There are no exciting marketing tools included, for example. You have to pay extra for email on the cheapest plan, and DreamHost doesn’t offer free 24/7 phone support. Servers are all US-based, too, which means DreamHost isn’t ideal for users in other regions, and the list of apps you can one-click install is pretty short.

While the lack of these types of features may put off some people, those just looking for a solid, dependable web host might find the lower price appealing. As noted, DreamHost does prominently advertise its introductory rate, but it’s not the setup for a bait-and-switch pricing model. Its renewal pricing is fair and consistently cheaper than that of its top rivals.

We also like that DreamHost offers a monthly plan. Many rivals require annual plans, or make their monthly rates exorbitantly expensive. And if you’re looking for a managed WordPress solution at a good price, DreamHost is ideal.

Our performance testing showed DreamHost is fast enough for almost all uses. You get a 100% uptime guarantee, too, which is outstanding. And we’re impressed at DreamHost’s proven commitment to keeping user details private and out of government hands.

Overall, we recommend DreamHost most to users whose top concerns are pricing, privacy, and dependability.

GEAR UP for Success Summer Camp at MCC is in session: 6-week program brings careers in focus

Sun Jul 25 , 2021
MANCHESTER – With a schedule jammed full of field trips around New Hampshire, hands-on activities and games, meeting with first responders and essential workers and focused classroom activity, GEAR UP FOR SUCCESS Summer Camp is preparing 55 Manchester 10th graders for the next steps in figuring out their career paths […] 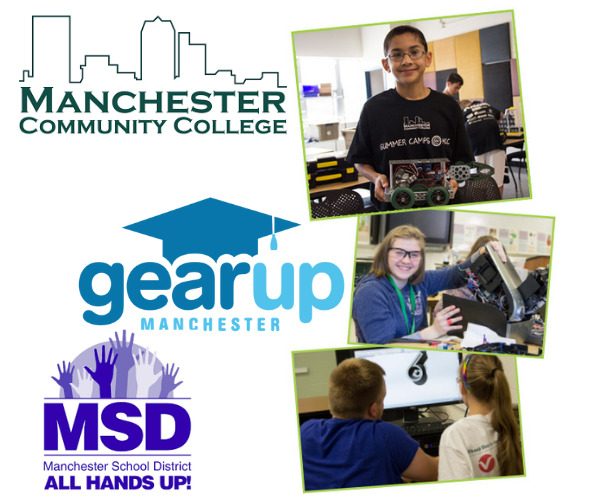